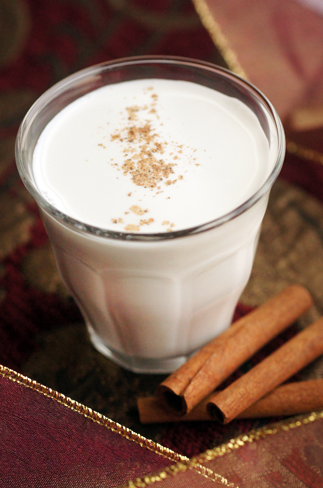 I finally baked that fruitcake the other night…properly the most boozy thing I’ve ever baked too. I’ll post the final recipe this week before Friday, and talk of more rummy delights later in this post. But right now I wanted to mention a television cooking show project I’m excited to be a part of.

The Vegan Mashup will be an independently produced (via Delicious TV) vegan cooking show, a 6-episode season of inspiring 1/2 hour vegan cooking segments. I really believe that our team of established vegan chefs can bring about an info packed and tasty string of shows for the vegan audience and beyond; those with special diets, veg-curious friends and family and to those omnivorous folks skeptical of how great vegan food can be.

The Vegan Mashup is in the early funding stages via IndieGoGo (similar to Kickstarter). It’s a creative project that needs funding to help pay for the costs of television production, post production and marketing. That’s where you step in: even a minimum of $10 helps Delicious TV get closer to delivering a cooking series to public television for your viewing pleasure. And we all know how much the world can use a kick-butt vegan cooking show!

Alright, now onto the boozy top story. I’ve had requests for a recipe I posted on La Cosmopolatina last year for dairy-free coquito, a Puerto Rican traditional creamy holiday punch spiked with plenty of rum. Definitely put this in the category “eggnog fans only”, but being a vegan version it’s without the freaky eggy factor that often drives away omnivorous types from eggnog-style holiday drinks.

Most Latin American countries have some version of this to call their own (Venezuelans make ponche crema, “cream punch”, not surprisingly), and typically it’s loaded with enough eggs to put most omelets to shame. In comparison, my version is relatively light-tasting even made with full-fat canned coconut milk. This year I’d recommend using one of the various coconut-based beverages in place of the almond milk to really embrace all that coconut goodness. This coquito benefits from a day in the refrigerator before serving, and I love recycling pretty booze bottles (last year I used a gorgeous Tito’s Vodka bottle) to bestow the gift of coquito to one and all the next few weeks.

Eggnog fans will appreciate this traditional tropical twist on their favorite creamy rum beverage made extra aromatic with the addition of lime peel and fresh ginger. Serve well chilled, and be sure to give the bottle a good shake right before serving.

TIPS:
-For fast cooling, use an ice bath: fill a huge mixing bowl half way with ice and inside securely nest a smaller mixing bowl. Strain the hot mixture into smaller bowl: surrounding ice will help speed the cooling process.

-Raise a glass to recycling: Use elegant empty bottles from other liquors for storing coquito. A funnel makes for easy pouring into narrow neck bottles.

In a large sauce pan combine 2 cups coconut beverage/almond milk, coconut milk, brown sugar, cinnamon stick, lime peel and cloves. Bring mixture to a simmer over medium heat for 2 minutes, stirring occasionally. Reduce heat to low, cover and simmer for another 5 minutes. In a measuring cup whisk together remaining ½ cup coconut beverage/almond milk and cornstarch/arrowroot powder. Using a wire whisk slowly stir in arrowroot mixture into simmering almond milk mixture. Turn up heat to medium and cook mixture until thickened slightly and it looks opaque, about 5 minutes, but do not let mixture boil. The cornstarch/arrowroot is done cooking when no floury flavors remain and the mixture has a silky texture. Remove from heat and let cool 20 minutes.

Pour the mixture through a mesh strainer into a large blender jar, discard the spices and add the rum and coconut extract. Blend until frothy. Use a funnel to pour into glass bottles, seal tightly and refrigerate until well chilled, at least 4 hours or overnight. Before serving either blend again or shake bottle vigorously. Top each serving of coquito with a little ground cinnamon and freshly ground nutmeg.

Hello There Vegetarian Summerfest: July 7-11th
Before I forget, the Daily News
Free DC Vegfest - Join me this Saturday, Sept. 22!