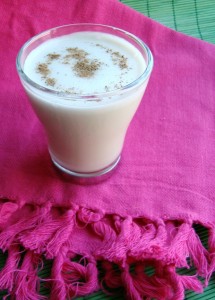 Just when you thought it was safe to put away the tinsel, shiny glass balls and Santa-themed boxer shorts, many Latinos are ready to squeeze another drop of festivity from the passing Christmas holiday season. January 6th marks the date for “El Dia de los Tres Reyes” or just Three Kings Day (those robed, beardy guys bearing gifts for baby Jesus) if you’d rather say it in English.

In some Latino countries it’s still the day when kids look forward to receiving most of their holiday presents, but with my family it never really caught on: as a Americanized kid I’d rather do two weeks of non-stop homework than perish the thought of getting gifts nearly two weeks after Christmas. When we would experiment with gifts on January 6th, candy was fair game: the exchange of holiday sweets while everyone else was tossing out their withered Christmas trees felt like quite the edge.

But if celebrating is part of your new year list of resolutions (and why not, you know you’ll want to party eventually), then my recipe at Cosmopolatina.com for a eggless, dairy-free coquito should be on that list too. Coquito is a traditional coconut based drink enjoyed in Puerto Rico during the winter holiday season. In Venezuela they call it ponche crema but really it’s all just eggless “eggnog” to me: creamy, spicy and brimming with silky winter cheer. This vegan version makes use of almond milk, coconut milk, tropical aromatics like ginger and lime plus a little help from arrowroot for thickening during the traditional cooking process. And plenty of white rum: no holiday–or Après-ski, snow shoeing, or snuggly winter-time party–grown-up drink would be the same without.

Jump over to LaCosmopolatina for the complete recipe and a coquito vegano tips.