It’s been a week yet since I’ve returned to NYC, but I can feel the difference still when it comes to making pies in the big city and in the green rolling ‘burbs of Omaha, Nebraska. Though I was working most of my time there on Isa and my upcoming vegan pie book, it did me good to get away from my environs and experience baking outside of my urban comfort zone. Omaha is wonders to nurture my inner pie goddess: green lawns, tree-lined streets, gentle hills (and goofy me thinking that all of the midwest was suppose to be flat!), and many windowsills to set cooling pies to rest.

My apartment windows back home don’t exactly have sills, so maybe this plus a helping of “midwestern nice” (as suggested by a Facebook fan) added a special something for better pies. That and making crusts for months on end; if there’s one thing I learned about making pies is that practice is the ultimate secret ingredient. Prior to working on this book I thought myself an decent enough pie baker. Now a hundred or so pies later I’m a changed woman. At least when it comes to some pastry; now I’m hell with a rolling pin and a pastry cutter. Months of self-inflicted pie bootcamp have given me a new found confidence in making and baking (especially crusts), that could not have been gained anywhere else. So my kitchen mantra for you this week: If you think you stink at baking, it’s just because you haven’t done it enough.

Beyond the baking and photography and writing, I’m pleased to say that my interest in pie has only increased. I’ll be frank that in the past I needed a vacation post-cookbook from cupcakes and even cookies (and do I ever love cookies), but my interest in all things encased in crust has piqued. This post’s apple pie isn’t even in the book (no worries, we have an abundance of apple recipes in store for you all), but really, one can never have too much apple pie.

The addition of homemade garam masala, the classic Indian spice blend featuring coriander, cardamom and black pepper (and many more, depending on the particular blend), adds a lush peppery warmth to an otherwise standard recipe. The addition of a tart soy yogurt, extra lemon juice and a little less sugar than usual resulted in maybe my favorite apple pie so far: heat, less sweet and full of tart apple flavor. A pie that’s full of both nice and spice, no matter where in the world your window sill may be. Garam masala, that classic Indian spice blend, makes for a radiant addition to one’s apple pie spice rotation. Look for it on the shelves of gourmet markets or anywhere Indian or Asian groceries are sold.

Use your crust of choice, homemade or frozen store bought. For apple pies I usually prefer a solid “blanket” upper crust, but I was playing with making lattice tops the day I made this pie, hence the images above.

If you do go for a lattice I suggest topping the pie with foil after the oven temperature has been reduced to 350 and removing it the last 15 minutes or so of baking. The extra coverage will help ensure the apples are properly roasted for a maximum tender, melt-in-your-mouth effect.

Fit bottom crust into a deep dish 10 inch ceramic pie dish and roll out upper crust (or form into a lattice); chill both crusts while pre-heating the oven and making the filling.

Preheat oven to 425 degrees. Cover edges of crust with pie crust protectors and bake pie for 20 minutes, then reduce oven to 350 degrees. If desired cover edges of crust with pie crust protectors or crimp edges with strips of foil. Bake pie for another 55-65 minutes or until filling is bubbling through the edges. If the pie appears to be browning too soon before it’s done cover top with foil, but remove about 15 minutes before it’s done. Remove from oven and let cool 30 minutes before slicing. 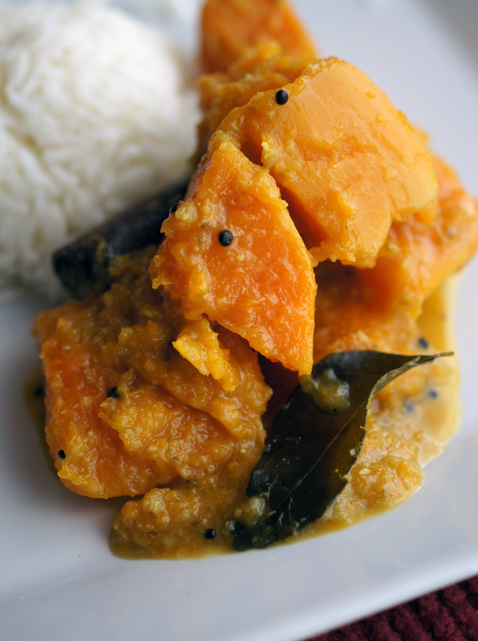 How has your 2011 been so far? I’ve been hitting the cutting board once again; cooking, recipe making, researching and writing. I’m involved in two big projects for 2011; though the foundations were laid months ago it feels more real to launch new projects in this shiny new year.

Big project number one: I’m working on a new solo cookbook with a publication date for 2012. In a way Viva Vegan! was the stepping stone to my dream of working on a great big global book; a vegan vision of region cuisines all over the world. Besides, there is yet more Latin vegan food to uncover, and I’m thrilled to have an excuse to dive into my growing obsession with curries, all things Asian food and Middle Eastern cuisine. Essentially the continuing Terry spin on the great ethnic foods that inspire our vegan way of eating.

And the second project is a collaboration with Isa concerning all things pie; sorry no savory pies, just dessert. This one has a tighter deadline than the former book, and I’ll have more to add come early February.

Will I need testers? Certainly my dears, especially for ethnic vegan book. Currently my website elves are building a new blog-style format for recipe testers. Expect general fixing, updating and more website grooming thrills as well. I aim to have the testing open for business mid-February, with recipe testing itself extending into the fall/early winter in an attempt to cram in all seasons of produce.

Do I have a name yet for the “big” book? Heavens no, but for now it will go by codename: World of Vegancraft. It’s just a name; testers won’t have to commit to the grueling quest for The Scepter of the Shifting Sands*, only be willing to make some curries, noodles, roti breads, soups and dips once or twice a week, such as the lovely Sri Lankan style Butternut Curry depicted above (recipe post coming very soon). So clean out your coffee grinder (get ready to stuff it with coriander and cumin), it’s going to be a fragrant-as-hell 2011.

*Disclaimer: A hardcore mmorpg-ing friend schooled me on this insanely grueling of World of Warcraft task. Though nerd, I’m not of the online gaming tribe; I just like the name. Testers don’t need to know a thing about WoW, all you need is a burning desire to quest on for cooking and eating.